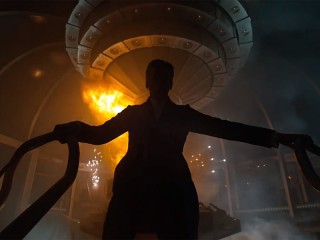 Time Lords and companions, set your T.A.R.D.I.S. coordinates for Saturday, August 23. That’s when Doctor Who (finally) makes its grand return to the BBC and BBC America.

The eighth season of the show’s modern incarnation is expected to run a full 13 weeks, instead of that pesky mid-season gap that fans were subjected to during Season Seven. (It’s been nearly two years since the last full season began — on September 1, 2012.)

Along with the announcement comes a brand new teaser for the new season, featuring Peter Capaldi as the new Doctor and Jenna Coleman as Clara. It’s only 19 seconds long, but boy does it pack a punch.

Check it out below, then stay tuned to SciFi Stream for more Doctor Who in the weeks to come!