Browse: Home / 2014 / May / Doctor Who Returns In August! Watch The First Teaser 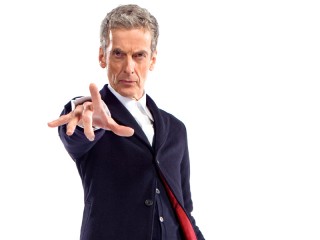 BBC One has released the first, blink-and-you’ll-miss-it trailer for the eighth season of the rebooted Doctor Who, along with the official announcement of just when the show will return.

Season Eight begins this August on BBC One (and BBC America, presumably).

Peter Capaldi will make his first, full-episode debut as the new Doctor, with Jenna Coleman returning as companion Clara Oswald. A couple of new characters will also join the show in a recurring capacity: Keeley Hawes plays Ms. Delphox, and Samuel Anderson plays rumored new companion Danny. (See their photos over in our Doctor Who gallery.)

Check out the teaser below, and stay tuned for much more!