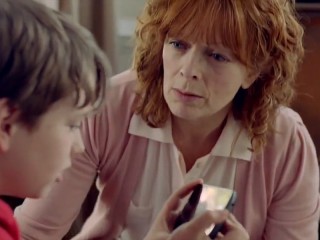 The numbers are in for the series premiere episodes of Resurrection and Believe, which both delivered strong opening performances this week.

ABC launched Resurrection on Sunday night (9/8c), drawing a very impressive 13.9 million viewers and a 3.8 rating in the 18 to 49 demographic.

On Monday NBC kicked off its new original series Believe at a special night and time, drawing a strong 10.56 million viewers and a 2.7 demo rating at 10/9c.

Believe was up against ABC’s The Bachelor special (10.97 million) and CBS’s Intelligence (6.62 million). This week it moves to its regular night and time, also airing Sundays at 9/8c.

Which show will hold onto its audience? Which show will prevail when they go head-to-head this Sunday night? (Or will The Walking Dead trounce them both in the time period?)