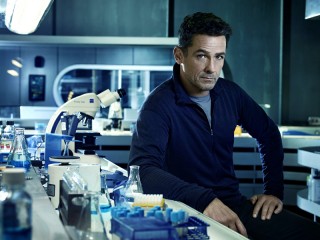 Ahead of next week’s premiere the network has made the first 15 minutes of the first episode available online. Watch it below.

The show follows a task force from the Centers for Disease Control dispatched to a remote arctic outpost, where they find a potential outbreak that could alter all life on earth. Billy Campbell stars as team leader Dr. Alan Farragut.

Helix premieres Friday, January 10 at 10/9c on Syfy! The double-episode premiere will run with limited commercial interruption until 11:30 E/P.

For more on the series head over to SciFi Stream’s new Helix series guide.