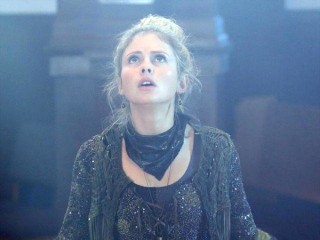 Are network shows airing a little bit too late into December? Last week saw the mid-season finales for most of the fall sci-fi and fantasy series. But, despite the fact that finales are usually big events in storytelling, most of their ratings were a bit ho-humbug.

A couple of our shows took big drops last week, while most others ended 2013 with a 7- to 8-percent drop. (Note: Since Grimm aired back-to-back new episodes, we have just one ratings number averaging the 2-hour event.)

Here are all the numbers for the week of December 9!

Almost Human gained a tenth in the demo with its fifth installment, and hopefully this means that the show’s viewership has stabilized. Now it just has to survive a holiday break (after this week’s new episode) and come back strong in January.

Meanwhile on FOX, Sleepy Hollow returned after a week off to steady ratings. We’ll get three more episodes in January before the show concludes its first season. 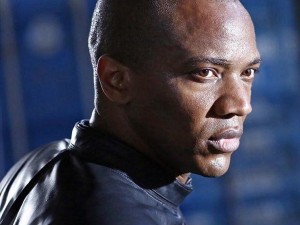 The previous new episode of S.H.I.E.L.D. leaped up 44 percent in total viewership without any NCIS competition, explaining the inevitable 37 percent drop last week. Unfortunately the episode was still down 11 percent from the episode 8 — and, more significantly, down from a 2.4 in the demo that week to a 2.1 for the mid-season finale … making it the show’s lowest viewership so far.

On The CW Arrow lost just a little bit for Barry Allen’s second episode, but for The Tomorrow People that same dip made for a series low for the mid-season finale. The show will get another shot on Wednesdays next month, and then will move to Monday nights in March — where hopefully it can nudge its viewership up enough to warrant a second season.