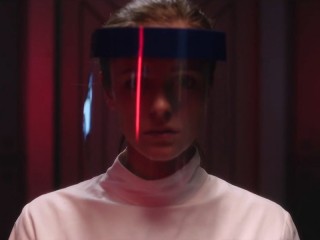 Up until now we’ve only had little teases here and there for Helix, Syfy Channel’s next original drama coming in early 2014. Today we have the first full-length trailer, plus the official date for the series premiere!

Helix will premiere on Friday, January 10, settling into the post-WWE time slot at 10/9c (where you will currently find Haven).

The show is created by Cameron Porsandeh and produced by Battlestar Galactica’s Ronald D. Moore, and stars Billy Campbell as Dr. Alan Farragut — leader of a team from the Centers for Disease Control who investigate a potentially catastrophic outbreak at a remote Arctic research facility.

Season One will be comprised of 13 episodes, which tell a single, self-contained story.

Check out the 45-second trailer, and post below to tell us what you think!