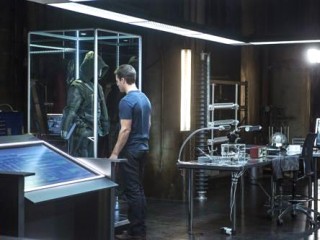 Welcome to November sweeps! Last week we saw some terrific television, and with a bit of luck things will only get better as the month rolls along.

After a brief hiatus Sleepy Hollow was back last week. Agents of S.H.I.E.L.D. and Once Wonderland had also taken off the previous week. In all, last week we had 13 new episodes from the shows that we cover.

While most series were actually down slightly from the last new episode, a few stand-outs showed some major improvements.

The Walking Dead continued its Sunday night domination last weekend, beating every other non-sports program. No worries that this week is the show’s lowest of the season, as it is still higher than last year’s average.

On NBC, Revolution won a much-needed up-turn, heading back over 5 million. Things don’t look great for a renewal here, but numbers in the 5- to 6-million range might make it worth shuffling the show over to Fridays. 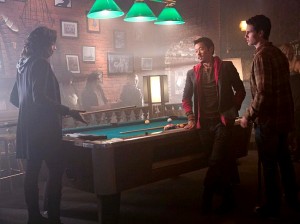 Five episodes in and The Tomorrow People continues its ratings free-fall, with this week’s series low signaling real danger territory — even for The CW. But the network says that the episode was up 25 percent among adults 18 to 34, and up 40 percent among men 18 to 34. Today the show was picked up for a full season, so the network can’t be too worried yet. Arrow and The Vampire Diaires, meanwhile, continue to hold steady as the netlet’s strongest scripted performers.

Haven saw its biggest jump in a long while, gaining nearly 400k viewers and pulling in its best live ratings since October 2012 (“Over My Head”). (That gave The Tomorrow People the rare distinction of being this week’s lowest-rated science fiction or fantasy show on television.)

But things are looking worse and worse by the week for ABC’s Once Upon A Time In Wonderland. The show is floundering as the Thursday night lead-off show, losing two tenths in the demo and falling to another new low last week. If this show is going to have a chance, it really ought to air on Sundays after its parent series. It makes no sense for Thursdays.