Browse: Home / 2013 / November / Doctor Who Biopic An Adventure In Time and Space Gets Air Date 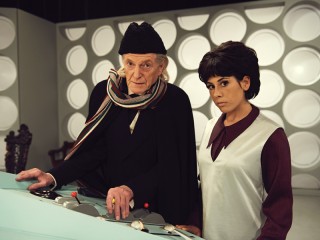 The TV movie dramatizing the creation of Doctor Who in 1963 finally has an air date.

BBC America announced today that An Adventure In Time and Space will be broadcast on Friday, November 22 (9/8c), one day before the show’s official 50-year milestone is marked with the new adventure “The Day of the Doctor” (co-starring Matt Smith, David Tennant, and John Hurt).

SPACE will also air the telefilm in Canada on November 22 (9/8c).

Written and executive produced by Doctor Who writer-producer Mark Gatiss, An Adventure In Time and Space stars David Bradley (Harry Potter, Broadchurch) as William Hartnell, the first actor to play the iconic role. At the age of 55, Hartnell was an established character actor who was initially reluctant to play the lead in a children’s drama.

“Principally, it’s the story of how Doctor Who was created, so we concentrate on the very beginnings and the first few episodes,” Gatiss said. “There are lots of treats for the fans but it’s also the story of William Hartnell, the first Doctor and how the part transformed his life.” 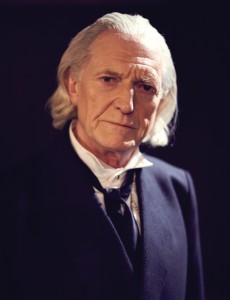 “I’d had David Bradley in mind for the part of William Hartnell for some time and I probably asked him before I should have!” Gatiss said. “I explained that this was a chance to play William Hartnell in a very different story and he was thrilled. He’s absolutely magnificent in the film. He plays Bill Hartnell’s journey from a grumpy old man to a pied piper figure with touching brilliance.”

The film also stars Jessica Raine (Call the Midwife) as Verity Lambert, Sacha Dhawan (After Earth) as Waris Hussein, and Brian Cox (The Bourne Identity) as Sydney Newman. Together they formed the production team that brought the show to life on the BBC.

Read more from Mark Gatiss over at the BBC website.