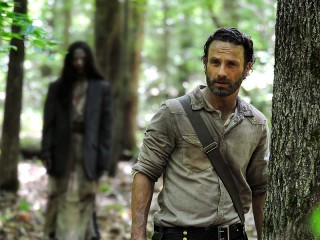 Lots of new season and series premieres this week have made this ratings chart a rather impressive thing.

With no surprise to anyone, The Walking Dead is leading the genre far and away. Last night’s fourth season premiere made huge improvements over the record-setting season finale. But the vampires over on The CW had no such luck, showing this week’s biggest week-to-week losses.

The bright side of this week’s picture is that several series are starting to settle into what will most likely be their average weekly viewership. They’ve stopped bleeding (as many) viewers, which is a good sign of things to come.

The Walking Dead‘s monster ratings aren’t just the biggest of any scripted drama on cable, and not just the biggest 18-49 viewership of any cable or broadcast drama — it also beat the show’s previous record by an astonishing 30 percent.

Sleepy Hollow was almost exactly even in its raw viewers (down one hundredth), but lost two tenths on the demo rating. Revolution was also down just one hundredth, and one tenth in the demo. Hopefully this means they are finding a steady viewership and won’t continue to fall. With S.H.I.E.L.D. losing a little bit more in its live viewership, Sleepy Hollow actually surpassed it for the first time. 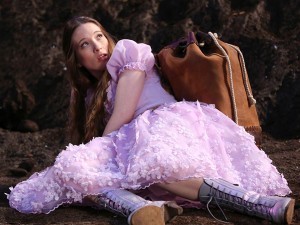 Once Upon A Time In Wonderland is off to a reasonable start on a competitive night, though at these levels — well below the network’s scripted average so far this season — it remains to be seen how long ABC will want to keep the show on Thursdays. It was a roll of the dice not to stick this after its parent show on Sundays (a slot currently occupied by Revenge).

Supernatural opened its ninth season with its largest audience since 2010. Meanwhile Arrow opened nearly even with May’s Season One finale, though down significantly from the big series premiere this time a year ago (4.14 million) — which is no surprise. The Tomorrow People managed to hold 85 percent of the lead-in audience and all of the demo. That’s about the same retention as when The Originals premiered behind The Vampire Diaries two Thursdays ago.

That makes for two new series premieres under 2.5 million for The CW — probably perfectly acceptable numbers for the netlet, but it does to show that not every show can open with Arrow‘s appeal. The CW still has three new shows to debut: Reign on October 17, and The 100 and Star-Crossed at mid-season.

Generally its those shows that have aired fewer than three episodes that are continuing to fall — pretty normal for season premieres, which inevitably settle into a regular viewership somewhere south of their debut numbers. The sooner a show can plateau and stop losing more than 5 to 10 percent of its audience, the better.