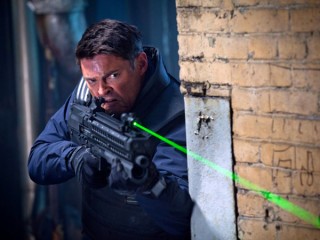 We’re heading into the November sweeps period at the end of this week, and today FOX released episode details for what’s coming up on its genre series Sleepy Hollow and Almost Human.

It’s the first episode titles and story details we have for Almost Human (past the pilot), which premieres with a two-night event on November 17 and 18.

For more on both shows, click on a show title to visit the series guide.

November 17 – “Pilot” – (Series Premiere, Night One) In the year 2048, an unprecedented increase in the crime rate has made being a cop only more dangerous than it is today, necessitating that every police officer partner with an android. John Kennex, a detective and sole survivor of a devastating police ambush, and his robot partner, Dorian, solve cases and fight to keep the lid on dangerously evolved criminals in this futuristic landscape.

November 25 – “Are You Receiving?” The thrilling action continues in another all-new, adrenaline-fueled episode. Detective Kennex and Dorian battle an intense and futuristic hostage situation, while Captain Maldonado (Lili Taylor) attempts to meet the terrorist’s demands, hoping to protect innocent people. 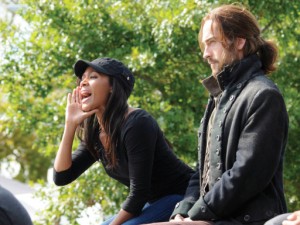 November 4 – “The Sin Eater.” When Ichabod Crane (Tom Mison) goes missing, his wife, Katrina (Katia Winter) appears to Lt. Abbie Mills (Nicole Beharie) in a vision warning her that the Headless Horseman will return to Sleepy Hollow by nightfall. A frantic Abbie seeks help from the mysterious Henry Parrish (guest star John Noble) in order to rescue Ichabod. Meanwhile, an encounter from Ichabod’s past weighs heavily on him, and details from Ichabod and Katrina’s very first encounter are revealed.

November 11 – “The Midnight Ride.” Abbie and Ichabod must find hidden clues to thwart the evil in Sleepy Hollow and Abbie gets an unexpected visit from the enigmatic Andy Brooks (guest star John Cho).

November 25 – “Sanctuary.” When Ichabod and Abbie investigate a missing persons case, the search leads to a colonial-era house which holds secrets from Ichabod’s past … and unleashes a long-dormant evil.

For highlights from the rest of FOX’s primetime line-up, check out the original press release.