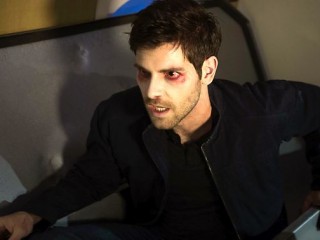 NBC’s Friday night fantasy hit is back on our screens just in time for Halloween! Season Three of Grimm begins on October 25, and today the network released the official story synopsis for the season premiere.

Titled “The Ungrateful Dead,” the episode picks up after the shocking events of last year’s finale — with a zombie-fied Nick Burkhardt:

Grimm will air Fridays at 9/8c on NBC.

Are you ready for Grimm’s return?