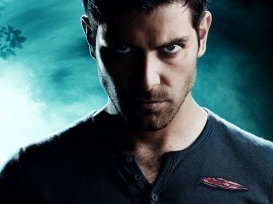 NBC has released its official episode description for the November 8 episode of Grimm, which will return for its third season next week.

The third episode of the new year is titled “A Dish Best Served Cold.” Here’s the synopsis:

AN AGE OLD FEUD REACHES EXPLOSIVE NEW HEIGHTS — A series of disturbing crime scenes leads Nick (David Giuntoli) and Hank (Russell Hornsby) to the resurrection of an old feud that’s all too familiar for Nick and Monroe (Silas Weir Mitchell). With the news of a royal family member’s demise, several key players start to make their move. Meanwhile despite his recent trauma, Nick finds himself healthier than normal and Monroe and Rosalee (Bree Turner) talk about moving their relationship forward.