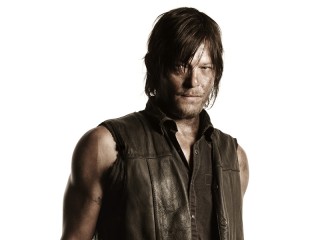 We can hardly wait until the return of The Walking Dead next month! Cable’s biggest hit begins its fourth season on Sunday, October 13 on AMC.

We’ve had just a few peeks at the season ahead, which is sure to be epic — including the amazing Comic-Con trailer. But today AMC pulled out the stops, revealing more than 50 brand new photos to help promote the upcoming premiere.

It includes 10 new images from the season premiere, titled “30 Days Without An Accident,” which sees the group lulled into what is sure to prove a false sense of security. The Governor defeated and on the run, the prison group has taken in the remaining residents of Woodbury and look to have found a relative peace inside their walls.

We also have seven images from the second episode of the season, “Infected,” and just a first-look at Episode 3 and Episode 5 (titles still unknown). You may want to avoid those if you don’t want any clues about who is still alive.

The cast gallery is below, but be sure to check ’em all out here.