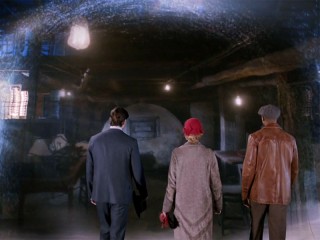 Syfy Channel had already dropped the hammer on its time-travel pilot Rewind before the cable channel aired it on August 26 (story). But now that we’ve seen the start of the show that will never be, we know just how cool it might have been.

SciFi Stream’s readers agree: More than 50 people have commented on our last news item about the pilot, and thousands more discovered that story after watching Rewind and searching the Internet to try and find out when the next episode would air … only to discover that Syfy didn’t like it enough to send it to series.

The show starred Shane McRae as an ex-Special Forces operative Henry Knox, who joins up with a secret program that uses newly-discovered time travel technology to go back in time and alter events — for the benefit of humanity, of course. It incorporated the best of Stargate, Sliders, and The Outer Limits, with potential for both stand-alone episodes and (as the cliffhanger finale revealed) an on-going story arc.

Rather than dwell on the network’s decision to pass on the series, though, we’d rather focus on what Rewind did right. Here are three things we’d have liked to see had Rewind gone to series:

Rewind starts with an astonishing event: the destruction of New York City and the deaths of millions of innocent people, including those nearest and dearest to our heroes. Rather than a ticking clock that the characters stop juuuuust in the nick of time, the show’s premise allowed it to depict everything — even those old clichés — going horribly, horribly wrong. 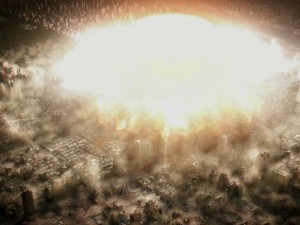 Of course, not every week would necessarily provide New York-scale stakes. Smaller, more personal stories of altering the timeline could provide for some emotional, “City on the Edge of Forever” kinds of stories. But the show could have gone big on a pretty regular basis, eventually making it clear that the secret facility was all that stood between the world and total, global annihilation.

Rewind is the first show in a long time (with the possible exception of Continuum) to feature time travel as a regular and central part of the plot. Rather than sidelining this staple of science fiction, the pilot put it front-and-center. Dr. Bryce’s facility was built around a super-collider that opened up a window to the past — one that uncontrollably jumps to another destination every few hours.

The premise makes for a huge number of potential stories — not just fixing things that have gone wrong, but challenges that are time-related themselves. What if the team doesn’t make it back to the window before it jumps? Can the jump to delayed, or forced to happen early? What if the machine breaks mid-mission? What if it sends them to the wrong time period? Or if someone from the past stumbles through to the present? Stargate told a lot of great stories that involved the gate itself going haywire, and Rewind could have done some very cool things here. 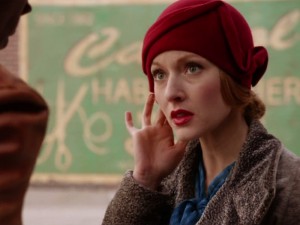 Despite the big stakes, there is actually a pretty provocative question running underneath the surface of the pilot episode — especially after the team’s first mission is such a resounding success: Should they also change small things? Just how big does an event have to be in order to warrant the rewriting of events? What about a small town’s lack of preparedness for a deadly storm? Or the accidental death of one individual?

Good science fiction excels at posing difficult questions, including ethical dilemmas and “What If?” scenarios. That’s why Rewind is good science fiction: the concept is based on this. Should the heroes go back to the 1920s? How much can they get away with altering? If they wind up stuck in the past, would they really take suicide pills? If they can kill their target without any major ripples in history … should they? Is it right? Does the salvation of 7 million people justify the preemptive murder of a (mostly) innocent man?

These are the things that Rewind could have grappled with in a way that no sci-fi show has done in a long, long time. And that may be why we’re going to miss it most.

What did you think of Rewind?