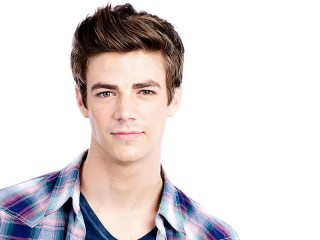 Arrow has its Flash!

Grant Gustin has been cast as Barry Allen in three episodes of the upcoming second season of the CW hit. He’ll appear in episodes eight and nine, which is expected to tell the origins story of the DC Comics speedster. Gustin will then return in episode 20, which will serve as a planted pilot for a Flash spin-off series (story).

The episodes will be written by Greg Berlanti and Andrew Kreisberg, along with DC Entertainment’s Geoff Johns. Should Flash go to series, they’ll also executive produce that.

Gustin, 23, played Warbler Sebastian Smythe on Glee, and had a recurring role in the final season of 90210.

“Couldn’t possibly put my excitement into words,” Gustin tweeted today. “Thanks to ALL who are sharing in my excitement and sending kind words. Can’t wait to start!”

The character of Barry Allen will be an assistant police forensic investigator from Central City, who arrives in Oliver Queen’s Starling City to investigate a series of unexplained robberies — which may have a connection to a tragedy in his own past. He’s described as a long-time comic book fan who takes an interest in the Arrow, not knowing that working alongside Oliver and Felicity has brought him into the dangerous world of the vigilante.

The character represents Arrow‘s first step into superpowers. Until now the show has aimed deliberately at being more grounded and realistic in its portrayal of the DC universe.

Filming on episode eight begins at the end of this month.

Stick with SciFi Stream for more on the Flash as it develops! Arrow premieres Wednesday, October 9, with Gustin’s first appearance likely to air in late November.