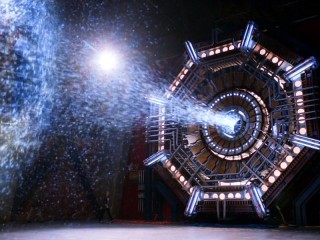 It’s no surprise, seeing as the pilot shot in the spring of 2012 and the network has been conspicuously silent on the project since its completion. What is surprising is that Syfy has already burned off the pilot as a 2-hour movie. It aired Monday, August 26, with little fanfare and next to no advertising. (I, for one, was looking forward to seeing the show and had no idea it was going to be on.)

Rewind stars Shane McRae as an ex-Special Forces operative who joins a secret government division that uses experimental time travel technology to attempt to undo major world catastrophes — an idea not far off from Seven Days, which ran for three seasons on UPN (1998-2001).

The pilot burn-off is becoming common practice for Syfy, which has done the same with the pilot for Three Inches and Battlestar Galactica‘s spin-off Blood & Chrome.

In fact, Syfy doesn’t have all that great a track record with the pilot process itself. Most of the cable channel’s successful original scripted series started with a script and a full season order, including the forthcoming Helix, Defiance, and all three Stargate series.

Two other scripted series are currently at the pilot production stage for Syfy: Dominion, based on the angel warrior movie Legion; and High Moon, based on the 1969 John Christopher novel The Lotus Caves.