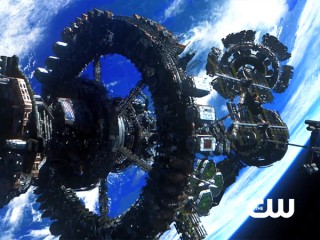 The CW has released another teaser video for one of its new mid-season sci-fi shows, The 100. Check it out!

The teaser reveals a bit more of the plot from the pilot episode, as well as introducing several characters. It has our first look at the Ark — a collective of a dozen space stations that have come together in the generations following a nuclear holocaust on the earth’s surface below.

The teaser also includes our first look at actor Henry Ian Cusick (LOST‘s Desmond), who co-stars as Councillor Kane, an authority figure on board the station.

The 100 starts at mid-season (early 2014) on The CW. Stick with SciFi Stream for more on the series in the months ahead!

The original teaser clip from The CW’s May upfront presentation is below.