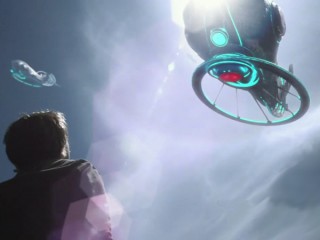 We’re less than two weeks away from the premiere of Syfy’s biggest original drama since Stargate Universe and Caprica went off the air.

Now the cable network has unveiled another trailer for Defiance. Check it out:

Defiance premieres Monday, April 15 at 9/8c on Syfy Channel in the U.S. The first season will be comprised of 13 hours, including the 2-hour series debut.