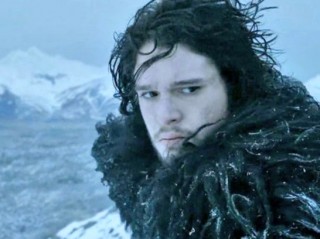 HBO has given a quick renewal to its hot fantasy drama, following a record-breaking season premiere on Sunday.

Less than 48 hours after the much-anticipated season premiere the cable network announced the (quite expected) renewal of Game of Thrones, which is based on George R.R. Martin’s acclaimed fantasy series A Song of Ice and Fire.

The new, third season brings 10 more episodes, these covering roughly the first third of the third novel in the series, “A Storm of Swords.”

Season Four will air in 2014, and is expected to cover the rest of that book.

All-in-all seven novels are planned for the series, with five currently on the shelves and the sixth underway.

If you’re not watching Game of Thrones, you’re missing one of the best shows on television and one of the fantasy genre’s truly great, epic stories!  Check out SciFi Stream’s Game of Thrones series guide, and tune in to HBO for new episodes Sundays at 9/8c.