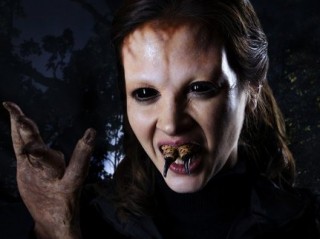 NBC has given freshman fantasy drama Grimm an early pick-up for a second season.

The procedural has been turning in solid numbers on Friday nights, with an average of 4.8 million weekly viewers and a 1.5 rating in the important Adults 18-49 demographic. Series writer Akela Cooper broke the big news on Twitter today.

Grimm stars David Giuntoli as Nick Burkhardt, a detective in Portland, Oregon who learns that he is a Grimm — giving him the ability to see creatures living among us for what they really are.

The series had something of a rough start creatively, in my opinion, but has picked up its game in recent weeks. Here’s hoping that the mythology of Grimm gets a little deeper, the relationships a little more complicated, and the monsters a little less goofy.

Check out SciFi Stream’s Season One episode guide!  Grimm airs Fridays at 9/8c on NBC. The next new episode will air March 30.