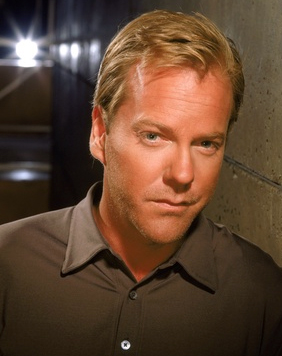 Here’s some fantastic (if totally expected) news for fans of science fiction, or just good drama: FOX has sent Touch to series, ordering 13 episodes of the show created by Tim Kring (Heroes).

Kiefer Sutherland (24) will headline the show, which is sure to become a flagship for the network’s promo department. He’ll play Martin Bohm, a widower and single father who is unable to connect with his mute, 11-year-old son Jake (played by David Mazouz).  Danny Glover co-stars.

How is this show sci-fi?  As the story goes on, Martin realizes that his son has the genius ability to see patterns others cannot see, and perhaps even use his insight to predict the future. Says the network:

After multiple failed attempts at keeping Jake in school, Martin is visited by CLEA HOPKINS (Gugu Mbatha-Raw), a social worker sent to evaluate Jake’s well-being. Everything changes when Martin discovers that Jake possesses the gift of staggering genius – the ability to see things that no one else can and the patterns that connect seemingly unrelated events. Jake is indeed communicating. But it’s not with words, it’s with numbers. Martin meets ARTHUR DEWITT (Danny Glover), a professor and an expert on children who possess special gifts when it comes to numbers. Now, it’s up to Martin to decipher the meaning and connect the numbers to the cast of characters whose lives they affect.

I’ve been excited about this premise and the people behind it since pilot season last spring.  Touch filmed its pilot late in the season (due to Sutherland’s availability), making it a late pick-up for FOX’s mid-season schedule.

The show will premiere next spring.  Check out The Futon Critic for the full press release.