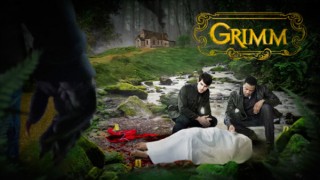 What do the broadcast networks know that Syfy Channel doesn’t? Friday night isn’t the “TV death slot” any more. In fact, it’s a night where the more overtly science fiction and fantasy shows have the best chance of thriving.

Last week the five networks — ABC, CBS, FOX, NBC and The CW — officially announced their schedules for the 2011-2012 broadcast season, including those pilots that have been picked up to series and those old chestnuts that have earned another year. And while there has been some variety for science fiction and fantasy programming in recent years, the networks are by and large aiming for the Friday night crowd this fall.

Is FOX the new place to be for science fiction? The network expressed great confidence in Fringe by giving it an early, full-season renewal for a fourth year. The show will stay in its Friday night slot at 9 p.m. (8 Central). Meanwhile, the network is readying the biggest (and most expensive) new genre show of the fall, putting Terra Nova on Mondays at 8/7c to kick off its week. That’s no surprise, seeing how much money FOX has behind the Steven Spielberg dinosaur show.

At mid-season FOX will have our undivided attention for Alcatraz, from J.J. Abrams and starring LOST‘s Jorge Garcia. It has a very sci-fi premise (prisoners from Alcatraz in the 1960s travel through time to the present), and hopefully will prove to be a sci-fi show week-to-week and not just another police procedural or manhunt hour. Another one to watch for is Touch, starring Kiefer Sutherland and written by Heroes creator Tim Kring. The pilot doesn’t shoot until next month, though, so it’s not on the schedule yet.

NBC is moving Chuck to Fridays at 8 p.m. this fall for its final, 13-episode season. A comedy and a drama with a sci-fi twist, Chuck‘s audience may prove a decent fit for NBC’s new show Grimm at 9 p.m. (The peacock network passed on a number of high-profile pilots, including Wonder Woman and Ronald D. Moore’s 17th Precinct.) “I think reinventing Friday with some genre shows is the way to go,” NBC chief Bob Greenblatt told Deadline.

ABC has a new fairy tale fantasy series in Once Upon a Time, from LOST executive producers Adam Horowitz and Edward Kitsis, and starring House‘s Jennifer Morrison. (Stargate Universe‘s Robert Carlyle will co-star as Rumplestiltskin/Mr. Gold.) The series will air Sundays at 8/7c.

The River will debut mid-season, and while it looks intriguing (and expensive), it’s too early to know if this one will actually have genre elements.

CBS remains a mostly sci-fi and fantasy-free zone, having dropped its supernatural dramas Ghost Whisperer and Medium. The new sort-of genre-ish medical show A Gifted Man, about a surgeon who communicates with his dead wife, takes over on Fridays (8/7c).

The CW will keep Supernatural on Fridays for its seventh season, Nikita replacing Smallville as its lead-in. Angsty Vampire Diaries remains on Thursdays, paired with new fantasy offering The Secret Circle — a high school drama about an orphaned girl who learns that she and her new friends are descended from witches.

The collective strategy of the five networks runs counter to that of Syfy Channel, which has locked up two of the three primetime hours on Friday nights with WWE Smackdown — leaving only the 10 p.m. time slot to nurture a scripted drama. (The network is currently airing reality series Urban Legends in that slot, though it will hand it over to original drama Haven in July.)

Of course, the Friday competition between series that appeal to similar audiences could make it that much harder for any one of them to strike ratings gold and be renewed. Stay tuned to SciFi Stream to see how things work out when the new fall season begins in September.